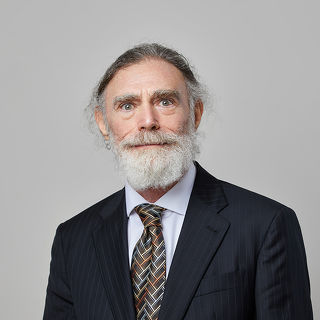 No Longer Alone: Lone Wolves, Wolf Packs and Made for Web TV Specials

When Texas Klansman Louis Beam wrote his seminal screed “Leaderless Resistance” in The Seditionist in 1992, he also wrote a lesser known companion piece advising ‘Patriots’ on how to use a computer or, failing that, offering instructions on setting up a telephone bulletin board for tech-challenged adherents. Beam was tactically prescient, but it took Bill Gates and Windows 95 to make his lone wolf dream a reality. The transnational radical right adopted Beam’s strategy by necessity given their inability to form secure organizational capabilities. This article will follow the evolution of the right wing lone wolf from such early avatars as Joseph Paul Franklin in the 1960s through the social media driven killings in Christchurch, New Zealand in 2019. The article will argue that the lone wolf tactic has not only gone viral for the radical right, but of greater importance, that the technological, social and political changes that have impacted mainstream society in the 21st century has changed the way the lone wolf tactic is employed and understood by contemporary lone wolves on the radical right.

Wave theory refers to the “Four Waves of Modern Terrorism,” which was published in 2004 by David C. Rapoport, professor emeritus at the University of California, Los Angeles, and a founding editor of the journal Terrorism and Political Violence. Wave theory made a unique contribution to the study of terrorism by positing a generational model that linked contemporaneous global terrorist groups based on their shared characteristics of ideology/theology, strategy/tactics, and visions for the future. Although wave theory is focused on the modern period, from the late 19th century to the present day, it is built on a thorough grounding of the history of terrorism, which dates from the 1st century CE.

On 28 and 29 June 2021, the Danube Institute sponsored a conference entitled ‘Anti-Semitism in Hungary: Appearance and Reality’. The conference brought together leading figures from the Hungarian Jewish community, Hungarian and foreign scholars, and a representative of the Hungarian government. A broad range of views were presented, but there was unanimous agreement that the problem of Hungarian anti-Semitism has declined significantly in the last decade, and that the Hungarian government has played an active role in this decline. This is the reality that was reflected not only in conference proceedings, but in reports issued by the EU, the United States government, and NGOs concerned with anti-Semitism. By contrast, the portrayal of Hungary in the Western media presents a much more dire picture. Indeed, when I came to Hungary in the summer of 2020, a close reading of The New York Times assured me that the Hungarian Parliament had been closed to allow the prime minister to assume near dictatorial power and that the ruling party’s appeal was in part powered by a wave of anti-Semitism that threatened the Hungarian Jewish community. To my surprise, the Parliament was very much open for business and there had been only one violent antiSemitic incident reported in the country in the last two years. The contrast between appearance and reality could not be starker, and it was this dissonance that was the real genesis of the conference, and of the studies to follow.

This article aims to enable readers outside the United States to better understand Washington DC’s events on January 6, 2021. The invasion of the US Capitol Building with the intent to force legislators to reject the electoral college delegates is unprecedented in American history. It opens with a brief introduction describing the attack followed by explanations of the primary ideological strands that motivated the protestors: American populism, conspiratorialism, and the emergent alt-right. The article explains the constituencies of the protestors that stormed Washington and those that attacked the building, with particular reference to the organized militias that served as the shock troops in the capital invasion. It ends with a discussion of the legal and political ramifications of the events.

One of the most pressing, but least documented, humanitarian crises in the world is the persecution of Christian communities. It is a global phenomenon, and the cast of characters is ever expanding and ever changing. Sub-Saharan Africa, the Middle East the Indian subcontinent, and East Asia with an epicenter in China come most readily to mind, but these are but the best known cases. This article, however, may be thought of as a kind of precursor to the wider topic of the persecution of Christians in that it focuses on a particular methodological approach to the study of persecuted and endangered Christian communities. Field work, particularly in its participant/observer format, is our focus today. To illustrate the importance of fieldwork on the studies which will be made of the global persecution of Christians, I offer a case study from my own experience; the small, deeply Christian pro-life rescue movement, and the second is the Euro-American extreme right. The rescue movement offers an ideal microcosm of what can be gained, and what are the risks, of intensive participant/observer fieldwork.

A Január 6.-i események bemutatása

While most observers classified the demonstrators called to Washington by President Trump as denizens of the far right, a closer examination of those arrested for entering the Capitol reveal a strikingly diverse group. Only a small percentage fit the description of members of the radical right. Rather, the most common thread was fealty to the President forged through adherence to QAnon and other conspiratorial beliefs.

"Terror in the Western Mind: Cultural Responses to 9/11"

A Discussion of the Book, Terror in the Western Mind: Cultural Responses to 9/11.