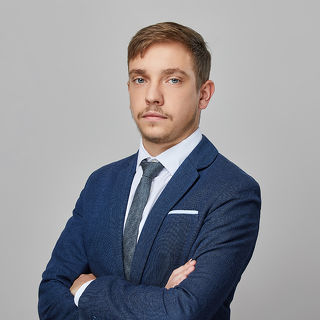 John O'Sullivan, the President of the Danube Institute and Tamás Orbán, Research Fellow at Danube Institute wrote an article about the AUKUS submarine deal, which was published by the National Review.

The Economic Prospects of Central Europe under the Biden Presidency

President Trump’s policies under the slogan ‘America First’ have propelled major changes not only in US domestic affairs, but also on the global political theatre. The Trump administration effectively distanced itself from allies and foes alike, pursued aggressive trade policies across the globe, favoured immediate solutions over long-term strategies, and put the apparent interests of the United States before anything else.

This paper analyses the efforts made by the countries of the Visegrad Group against the impact of the Covid-19 pandemic, including the respected countries’ vaccination plan, contracts negotiated with other states and private companies, in order to allocate the necessary amount of vaccines for the population, research plans and also the availability of their own facilities capable of producing larger amount of vaccines if needed.

Thirty years of Visegrad - Summits, meetings and themes of a Central European cooperation

The constellation known as the Visegrad Group has been widely regarded as the political success story of Central Europe, and even though it has experienced temporary setbacks as every long-term political project does, the V4 has been able to grow in scope and relevance even after its initial goals had been met. In the following chapters we will take a look at the major topics and themes which preoccupied – and gave purpose to – the V4 in different periods of its existence, the most important meetings and summits it held over the past thirty years.

A decade after the establishment of the Visegrad Group, its leaders felt it was time for creating a hub for Central European cooperation among the civil societies of their nations, extending the initially just political purpose of their constellation to cover nearly every area of public life. Thus, the International Visegrad Fund was created to promote cultural cooperation across the borders, and bring the fundamentally similar communities of Central Europe closer to each other. The IVF, demonstrating its effectiveness early on, has been growing ever since and has become the most prominent CE-based monetary fund, building regional cohesion in East Central Europe and beyond.

Democracy is coming? - An interventionist take on the Tigray crisis

Many journalists and political scientists suspect that a Democrat-led White House would quickly return to the kind of interventionalism which made Obama’s Nobel Peace Prize feel a bit rushed in hindsight, but it was still surprising how fast Biden moved to continue his former boss’ legacy. No new war broke out yet, but the first couple of months were enough to focus media attention to a number of international issues that could become bases of new conflicts any time soon. As if the new administration was slowly building up new evils and enemies for the American public, to justify an incidental invasion in the coming years, should the strategic need ever arise.

Russia’s long-held monopoly over the eastern half of Europe’s gas supplies – along with the discovery of a massive gas field in Azerbaijan – birthed the idea of the Southern Gas Corridor, a proposed network of pipelines that would introduce gas from the Caspian and Middle Eastern regions into Europe through the Balkans, decreasing Moscow’s political and economic influence in the EU. During the 2000s, several competing projects arose to realise the imagined purpose of the Corridor, including two highly politicised ones, both of which were cancelled eventually. The Nabucco and the South Stream pipelines offered unique chances for both Brussels and Moscow to weaken or strengthen Central Europe’s dependency on Russian gas, but in the end, it was their fight that gave the opportunity for a third project to actually close the deal.