"Tales From A Hollywood Screenwriter" Lecture by Rob Long

"Tales From A Hollywood Screenwriter" 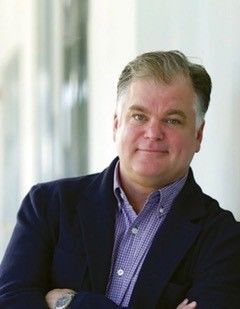 Rob Long is a writer and producer in Hollywood. He began his career writing and producing TV's long-running "Cheers," and served as co-executive producer in its final season. During his time on the series, “Cheers” received two Emmy Awards and two Golden Globe Awards. Mr. Long has been twice nominated for an Emmy Award and has received a Writers Guild of America award. He continues to work in film and television in Los Angeles and New York.
He is the co-founder of the podcast network Ricochet. Along with a series of podcasts that garner four to five million downloads per month, it’s alsonan online community for discussion and conversation from the center/right perspective.
His weekly podcast, Martini Shot, is available here and on all podcast platforms. He writes regularly for The Washington Examiner and Commentary Magazine and had been a Contributing Editor at National Review since 1993.
In recent years, he has been a columnist at The Spectator (London), The National (Abu Dhabi’s English-language newspaper), and The Observer.
His first book, Conversations with My Agent, chronicled his early career in television. It was published in the UK by Faber & Faber, in the US by Dutton, and in France by Actes Sud. His second book, Set Up, Joke, Set Up, Joke, was published in November 2005 by Bloomsbury.
His most recent book is Bigly: Donald Trump in Verse, published in October 2017 by Regnery.
Mr. Long graduated from Yale University and spent two years at UCLA School of Film, Theater, and Television, where he occasionally serves as an Adjunct Professor of Screenwriting. He serves as co-president on the Board of Directors of My Friend’s Place, an agency for homeless teens in Hollywood, and is on the board of the American Cinema Foundation. He’s also an active and passionate member of the Southern Foodways Alliance.