“The Policy Makers Discussion: The Rule of Law and Mass Migration” 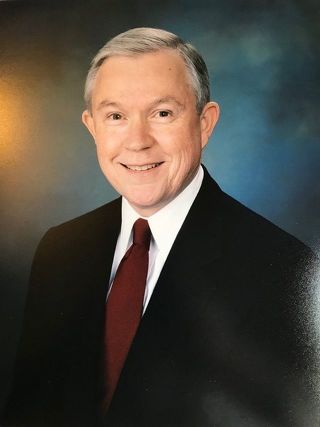 “The Policy Makers Discussion: The Rule of Law and Mass Migration” With Balázs Orbán, Deputy Minister in the Prime Minister’s Office

Jeff Sessions served as U.S. Attorney, Attorney General of Alabama, U.S. Senator, and U.S. Attorney General.  During his 20 years in the Senate, he continuously served on the Armed Services and Judiciary Committees and for a time as the senior Republican member of the Budget Committee.  He was an active supporter of a strong national defense, effective crime strategies and responsible spending. He was a Senate leader in the fight to end illegal immigration, for responsible budgeting, public safety, and became a strong Republican advocate for a pro-American trade agenda and a foreign policy founded on national interest and realism. As a result of these policy convictions,  he became the first Senator to endorse Donald Trump for President and is credited with playing an important role in that campaign.

As Attorney General, he successfully led a national effort that reversed a dangerous surge in violent crime, defended free speech and freedom of religion, strongly supported policies that led to a major reduction in illegal immigration, and helped the President identify and confirm highly talented federal judges.

Throughout his career, he has been recognized as a vigorous advocate for the rule of law and personal integrity.