After turbulent times in Parliament ending with a gridlock on Brexit, on 12 December 2019 general elections will be held in the United Kingdom.  Will the results bring a clear Conservative majority and thus a swift Brexit, or is there another turn awaiting the UK in the Brexit drama?

John O'Sullivan, President of the Danube Institute and former advisor to PM Margaret Thatcher will discuss the election results with Tim Montgomerie.

Tim Montgomerie is a British Conservative commentator and activist and a Special Advisor to British Prime Minister Boris Johnson.  He is former Chief of Staff to the Conservative leader, Iain Duncan Smith; founder of both the Centre for Social Justice think tank and the ConservativeHome.com website; he was latterly Comment Editor and columnist for The Times of London.

The video of the event is available here. 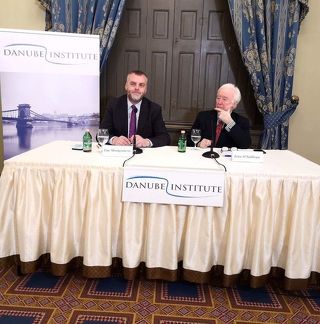