From Aquinas to Oakeshott: The Conservative-Liberal Tradition

From Aquinas to Oakeshott:
The Conservative-Liberal Tradition 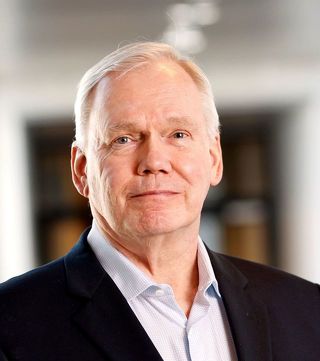 Hannes H. Gissurarson is Professor of Politics at the University of Iceland and Director of Academic Research at RNH, the Icelandic Research Centre for Innovation and Economic Growth. The author of several books in Icelandic, English and Swedish, he has served on the governing boards of the Central Bank of Iceland and the Mont Pelerin Society. During his friend David Oddsson’s almost 14 years as Prime Minister in 1991–2004, Gissurarson was widely seen as an influential adviser to the Icelandic government. He has also been a Visiting Scholar or Professor at Stanford, UCLA, LUISS, George Mason and several other universities. He holds a D.Phil. in Politics from Oxford University where he was the R.G. Collingwood Scholar at Pembroke College. His most recent work is Twenty-Four Conservative-Liberal Thinkers (2020) in 884 pages, first and second volume.  He participated in the Danube Institute program concerning the market crash of 2018, and is a contributor to Hungarian Review.