US National Counterterrorism Policy and the Future Terrorist Threat 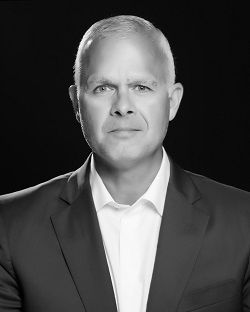 The Trump administration quietly undertook a range of counterterrorism efforts during its first year, allowing President Trump to rightfully claim at the State of the Union address in January 2018 that, under his administration, ISIS suffered a substantial territorial loss to its physical caliphate. In February of 2020, the Trump administration focused its efforts on ending the war in Afghanistan signing a peace deal with the Taliban and agreeing to withdraw from the country.
Currently, the Biden Administration is presiding over a chaotic withdrawal from Afghanistan where the government of Ashraf Ghani collapsed within days.  This leaves an open field for the Taliban that now control much of the country, and inherited weaponry and military equipment left behind, along with the Bagram Air Base.  In light of the ongoing events in Afghanistan and the growth of various jihadist threats, the future terrorism landscape is in question.
This presentation aims to update the terrorism challenges going forward in light of policy choices made by the Trump and Biden administrations, the 2018 National Counterterrorism Strategy, and international pressure on terrorist actors. Going forward, the United States must also consider adapting its approach to counter a broader (and sometimes underground) jihadist movement by working with the right foreign partners to institutionalize better support of stabilization efforts. Failure to do so will risk yet another jihadist terrorist group rising to threaten the United States and its broader interests. In addition, senior leaders and policymakers must attain a better understanding of the complex “Grey Zone” dynamics ongoing in the Middle East, where the United States and its partners must be willing to invest in a long-term counter-strategy to contest the competing forces — both state and non-state in that vacuous space.

Mr. Costa served as the Special Assistant to the President and Senior Director for Counterterrorism on the National Security Council (NSC) 2017-18. At the NSC, he was responsible for coordinating counterterrorism policy and strategy as well as U.S. hostage recovery activities.
Mr. Costa has 35 years of progressive national security experience and well‐documented success in strategy, policy, special operations, counterintelligence, and human intelligence, deploying on multiple contingencies and to combat operations in the Republic of Panama, Afghanistan, and Iraq.
Mr. Costa’s last assignment with the United States Special Operations Command (USSOCOM) was as Program Director in the Operations Directorate. Preceding USSOCOM, Mr. Costa served as a Department of the Navy civilian at the Naval Special Warfare Development Group – with US Navy SEALs, and as a Senior Adjunct Instructor with Norwich University’s Bachelor of Science in Strategic Studies and Defense Analysis Program.
With Norwich University, he taught on topics related to national security, strategy, and counterterrorism. He holds an M.A. in Strategic Intelligence from American Military University; an M.A. in National Security and Strategic Studies from the U.S. Naval War College; and a B.A. from Norwich University. Mr. Costa is presently an Adjunct Associate Professor for the Security Studies Program at Georgetown University’s Walsh School of Foreign Studies.  His military awards and decorations include the Defense Superior Service Medal, Legion of Merit, and two Bronze Stars. In May 2013, Mr. Costa was inducted into USSOCOM’s Commando Hall of Honor for extraordinary and enduring service to Special Operations Forces.
Mr. Costa joined the International Spy Museum in 2018 as the Executive Director where he plays a leading role in building on its extraordinary success as a Washington, D.C. attraction and speaking responsibly on current counterterrorism and intelligence issues.