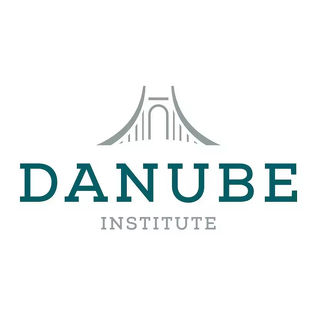 Abstract: This paper analyses the efforts made by the countries of the Visegrad Group against the impact of the Covid-19 pandemic, including the respected countries’ vaccination plan, contracts negotiated with other states and private companies, in order to allocate the necessary amount of vaccines for the population, research plans and also the availability of their own facilities capable of producing larger amount of vaccines if needed.

The Military Cooperation of the V4

Abstract: Visegrad is a symbolic place in Central Europe. The citadel of the picturesque settlement hosted a summit in 1335 where Casimir the Great of Poland, King John of Luxembourg of the Kingdom of Bohemia and King Charles Robert of Hungary pledged allegiance and struck an agreement on trade cooperation. This royal meeting not only settled relations between the parties concerned in a mature way but negotiated resolutions that belied the age, promising a prosperous common future.

Political Cooperation and Disagreements: 30 Years of the V4

Abstract: On 15 February 1991, the President of Czechoslovakia, Václav Havel, the President of Poland, Lech Wałęsa and the Prime Minister of Hungary, József Antall signed the Visegrad Declaration which aimed at fostering regional cooperation between the parties involved. The three Central European countries recognized the similarity of their situation from an economic, geopolitical and military point of view also believing that together they could assert their interests more effectively in the new world order.

V4 in The European Structures

Abstract: The countries of Central Europe are neither from an economic, nor from a military point of view belong to the strong actors of the European Union. However, within the framework of the Visegrad Cooperation, they have been consulting for more than three decades and in some key fields are even shaping their policy with respect to the interest of the others.

The sources of energy that enable the economic stability and development of Central and Western Europe are predominantly located in the Russian Federation. It is ambiguous, however, how these raw materials can physically get from the Russian gas fields to Central and Western Europe. During the years of the bipolar world, Ukraine, as a member state of the Soviet Union, served as the primary transit country towards the West, however, after the disintegration of the Eastern Bloc, the smoothness of this route has slowly evaporated. From the beginning of the second decade of the new millennium, the Russian-Ukrainian relations have reached a century-long depth, which necessitated the construction of alternative energy routes bypassing Ukraine. One of these new paths is the TurkStream gas pipeline, on which Turkey – and indirectly – Central Europe might win a lot.

Abstract: Immediately after the disintegration of Czechoslovakia in 1992, the two successor states took a politically different direction: while the Czech Republic oriented to the West, Slovakia was initially much more interested in moving toward the East. This, however, proved to be only a temporary difference in their attitudes, as both states are today members of the European Union, the Organization for Economic Cooperation and Development, and the North Atlantic Treaty Organization. The dissolution of Czechoslovakia happened smoothly, and the mutual Czech and Slovak hostility of the 1990s has also evaporated during recent years. Both Visegrád countries see each other as partners in all areas of life. Their main goal is the same: to maintain the existence, influence and prosperity of the nation-state, while continuously increasing the well-being of the population. Through her economic and political influence, Germany plays the key role in achieving the latter.